In honor of Lolly's Socktoberfest, both David and I finished up socks and started new ones. I had forgotten how much I love socks! 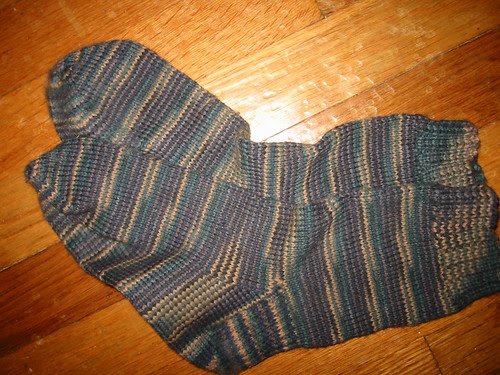 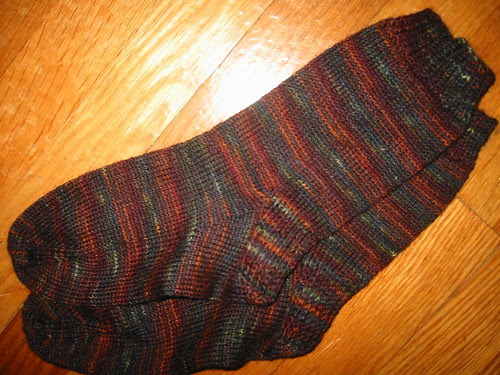 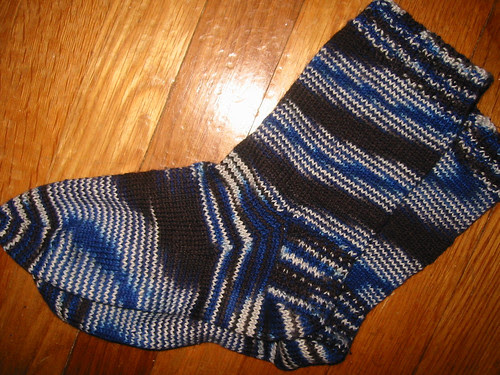 Just one of these, with baby cables: 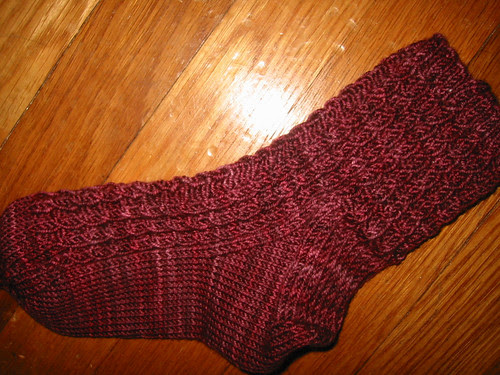 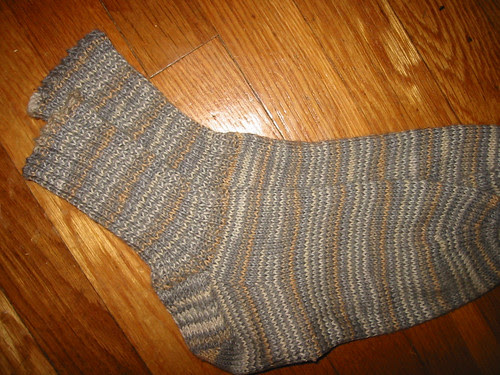 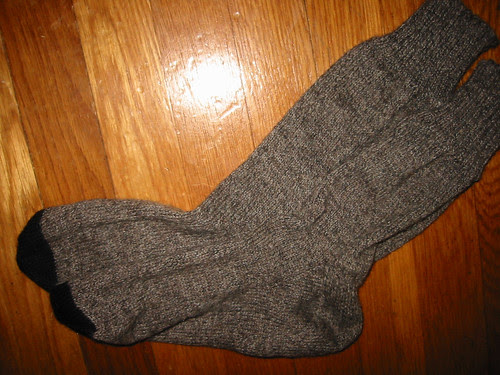 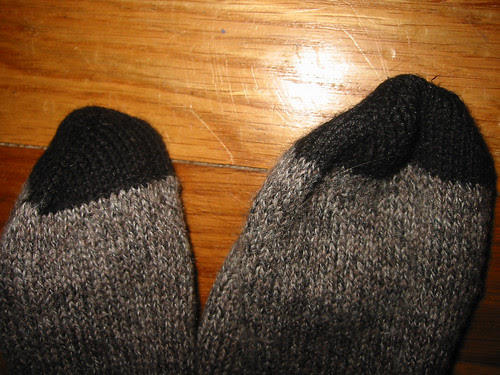 Off for a conference--with socks on the needles! 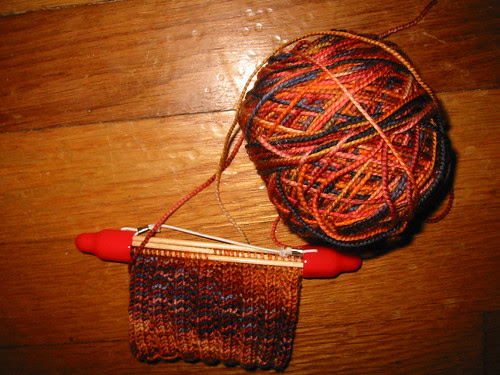 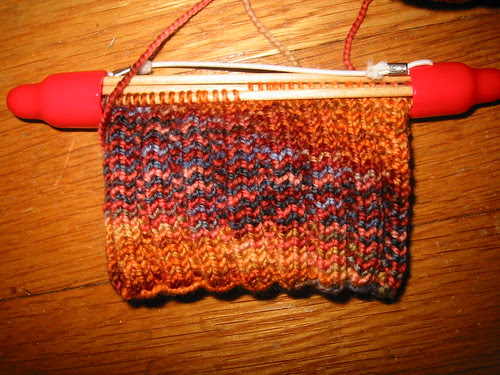 From spinning the news to spinning women:


For me, she turns one way and then the other.

I'm curious if knitters (people who use both hands and use both logic and creativity all the time) have more integration between the right and left hemispheres than others and might be more likely to see both.

So, which do you see? (And do you knit?)
Posted by Hannah 12 comments:

A New Spin Job on the News

Just found this in today's headlines: 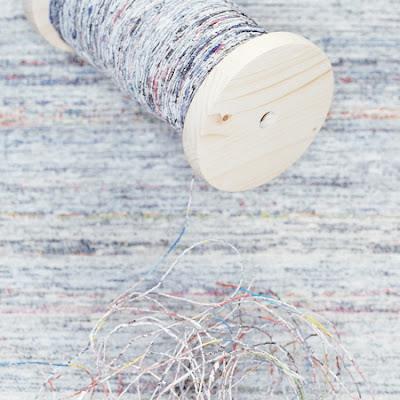 Old-newspaper yarn. Check out the link for information. I've got to try this....
Posted by Hannah 6 comments:

. It is from this play that we get the famous line, "All the world's a stage."

As is so common in Shakespeare plays (and perhaps especially in his comedies), there is a lot of gender-bending going on. Many modern productions of this play add extra emphasis to this aspect.

Rosalind, after being banished from the court, pretends to be a man (Ganymede) and flees to the forest of Arden in the company of her female cousin. They see the young man, Orlando, with whom Rosalind is in love, and he too is mooning all over the woods, head over heels for the woman he doesn't have. He does not recognize Rosalind in her disguise. She offers to cure him of his love if he will pretend that s/he is Rosalind. He takes her/him up on the offer and they act out love scenes as two men. In the end, Rosalind appears before Orlando as a female and they are married. But before they are, a young woman of the forest (Phoebe) has fallen in love with Rosalind/Ganymede...until she realizes that R/G is a woman.

In Greek myth and poetry, Ganymede is often a symbol of same-sex love.

We think of our own century as so much more aware of the fluidity of gender roles than any other--but while we may have different underlying ideas, we certainly aren't the first to imagine a world (for Shakespeare, the forest of Arden) that allowed increased freedom and openness, where you can have it "as you like it."
Posted by Hannah 4 comments:

Yesterday afternoon I read on Bloomberg:

Today's intraday high passed the previous all-time inflation-adjusted record reached in 1981 when Iran cut oil exports. The cost of oil used by U.S. refiners averaged $37.48 a barrel in March 1981, according to the Energy Department, or $84.73 in today's dollars.

and emailed the quote to my partner David. (The price eventually hit $87.97 and, as of this morning, is only a few cents less.)

"Let’s have latkes tonight to commemorate the occasion…"

Bring out the potatoes and the grater.... 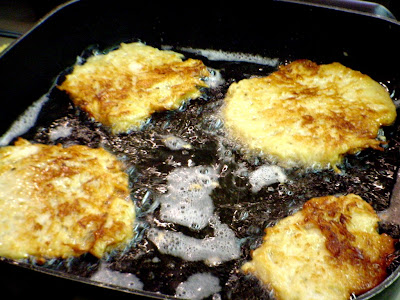 Although I have a tremendous number of partially-done knitting projects on the needles (including some just a few stitches from completion),I somehow managed to cast on two new ones within the last two weeks. I think finishing the book

really gave me a bad case of fiber startitis.

One is a beautiful red Icarus, currently on the final repeat of the pre-lace section: 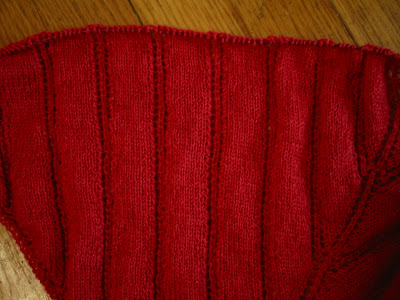 The other, meant to be just a swatch... 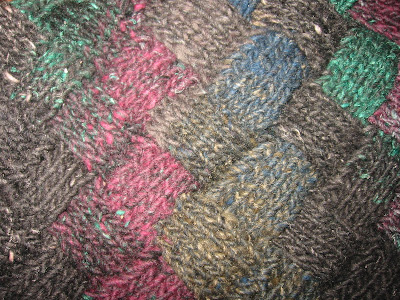 ...turned into a sleeve for the sweater I was intending to start in November for this year's NaKniSweMo. I've always said I would never knit a sweater on sized 10.5 needles, always insisted I disliked the way entrelac looks (and I assumed it was hard), and always swore I'd avoid Noro yarn like the plague. But after seeing a really beautiful pattern with entrelac sleeves and a relatively simple body, I'm afraid I gave in to all of the above. 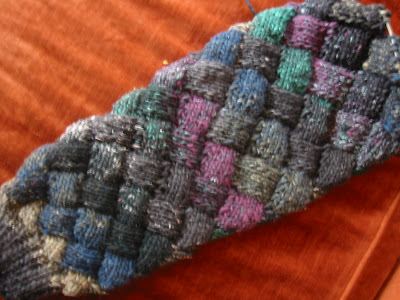 Oops. Is it cheating if you get sucked in by that awfully addictive combo of Noro and entrelac? Hey--if you haven't tried it, you'll be amazed at how much fun this stitch pattern is. Ooh, just one more square and then I'll stop....

But something is finally slowing me down: I am absolutely stuck on the next directions of the pattern.

So, I guess it is time to cast on something new....
Posted by Hannah 2 comments:

Right before we left for our week in Chicago (more details soon), I finished knitting the purple silk Swallowtail shawl. My first Swallowtail took forever and was absolutely cursed. Once it was actually finished, I could see that its very fine silk yarn made it stunningly gorgeous. This one, with slightly thicker yarn, flew off the needles within a week, without incident. While not as delicate, it is lovely as well. Fantastic pattern.

Here it is on display at Chicago's Millennium Park: 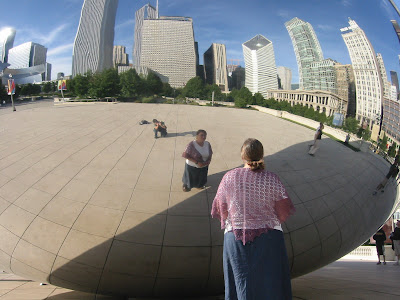 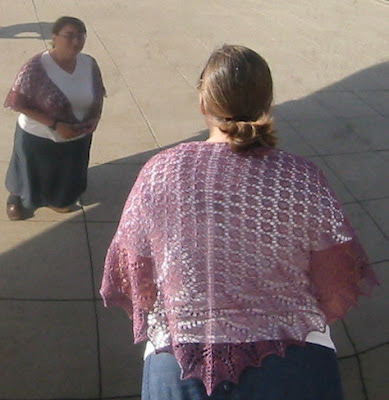 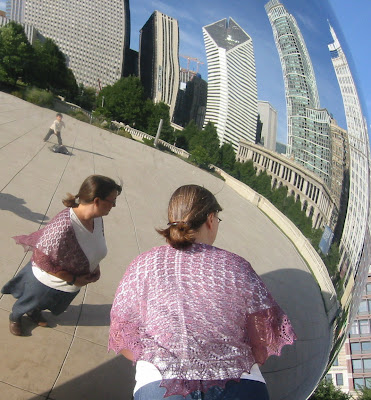 And I came home to an advanced copy of my book

! While no needles were involved, it is quite a sense of accomplishment to have one's oldest WIP (Work In Progress, for you non-knitters) come into life. 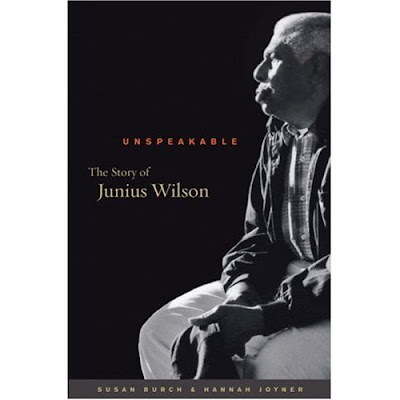 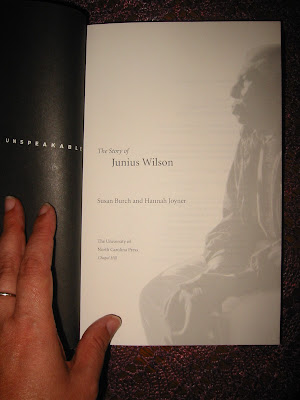 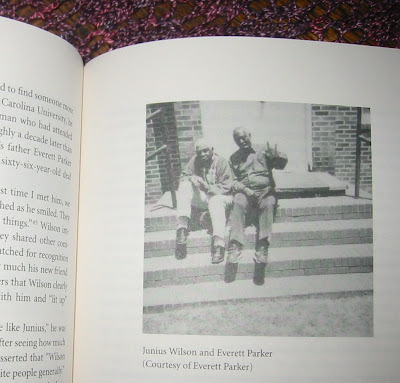 Celebration all around!
Posted by Hannah 9 comments: